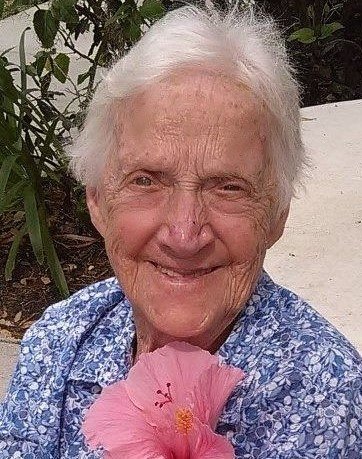 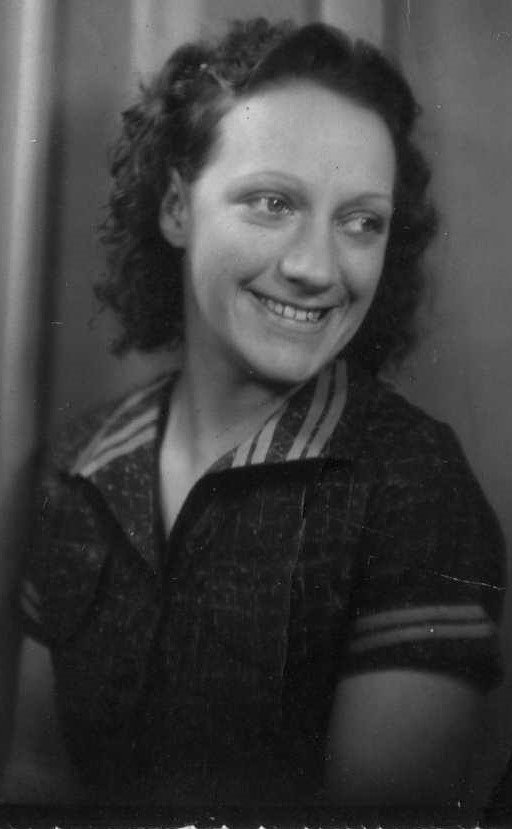 ADELINE ANNA FRAYER STONE passed away on Thursday, 16 Jul 2020 at the age of 103 years young.  Adeline was born 18 Nov 1916 in Chicago, Illinois, the daughter of Charles Henry Frayer and Harriet Robinson.  Adeline was the 5th child of 11, all of whom preceded her in death.

Adeline met Edward Randall Stone at VanAuken Lake, Bangor, Michigan while she was visiting her sister Dorothy Kralowetz.  Edward drove back and forth from Jackson, Michigan to see her and told stories of falling asleep at the wheel on his way home; and so, their story began.  On 16 August 1936 in New Buffalo, Michigan, Adeline married Edward and they had 7 children.  They were happily married for 66 years, until his death in 2002.  Caring for her large family was a full-time job but Adeline always made time to join in on the fun.  She tried to teach all of her children the value of a dollar and how to make it stretch.  For example, she made sure to make Christmas memorable even on a tight budget.  In 1956 Edward and Adeline sold everything they owned and moved from Michigan to Florida with their 7 children, which was no easy feat.

Adeline had a great sense of humor (Edward lovingly became Chrome Dome) and a realistic outlook on life.  She often said “What will be, will be.”  Adeline had a very feisty personality and was known to pull some outrageous pranks.  She never missed her soap operas or The Price Is Right and she loved music—her favorites were Andy Williams, Dean Martin, Engelbert Humperdinck and Tom Jones.  She had a special love for babies and dogs too.  She had a great love for dancing, from teaching the young neighborhood children the Charleston to dancing the Shimmy just days before her passing.

The family has many fond memories to hold dear but some that stand out are the time she went to see the Chippendales with her daughters then said “Don’t tell Dad.”  Let’s just say she had some money when she went but none when she came home.   After seeing Andy Williams in concert with her daughter, Robin, they went to a restaurant where they saw a limousine parked outside.  Upon going inside she was convinced to approach Andy Williams and was able to get his autograph which she cherished.   Also, the time she went to the gym with her daughter and granddaughter while visiting North Carolina, at the age of 88 years, and did every weight and machine they did was a true testament to her strength and determination.

The family would like to thank Bayshore Pointe for the excellent care she received for the past 4 years, with a special thanks to Yanet. Adeline requested cremation with no service.

So, until we meet again, “See You later alligator.”

To send flowers to the family or plant a tree in memory of Adeline Stone , please visit Tribute Store

Share Your Memory of
Adeline
Upload Your Memory View All Memories
Be the first to upload a memory!
Share A Memory
Send Flowers