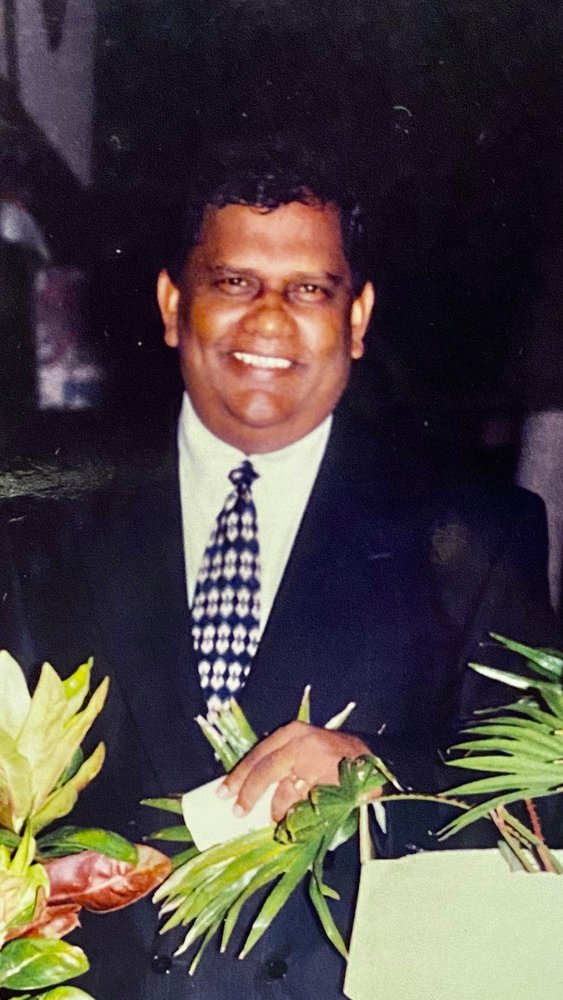 Karshanjee Arjun, born in Enterprise Guyana, passed away peacefully on June 15, 2020 at his home in Land O Lakes, Florida. He was 75 years of age.

Mr. Karshanjee Arjun was a prominent political leader and human rights activist within the expatriate Guyanese community, and the larger Caribbean and American communities in the United States.
He began his political career in Guyana in the 1960s as a member of the Progressive Youth Organization (PYO) and the People's Progressive Party, (PPP). He served as chair of the Enterprise PYO group.

He later migrated to the United States, first living in New York then in the DC area. He later settled in Astoria, NY where he continued his social and political activism. He was the founding member and President of The Association of Concerned Guyanese USA (ACGUSA) and the Royals Sports Club. He was also a founding member of the Caribbean Coalition of Organizations New York.

During the 1970s to 1990s, he worked vigorously with the late Dr. Cheddi Jagan for the unity of the Guyanese expatriate community for the restoration of democracy and free and fair elections in Guyana. As leader of the ACGUSA, he managed a rigorous political and fundraising program. These programs were instrumental in organizing the Guyanese people and raising substantial funds to provide numerous financial and material assistance to the People’s Progressive Party, Progressive Youth Organizations, and local chapters throughout the country.

Karshan, as he was commonly called, was instrumental in creating the roots and establishing the foundation of the PPP support base in New York.

Karshan coordinated political and official policy work of the PPP in the United States functioning within many fraternal, social and political organizations. He also worked with the business community and many prominent individuals to garner their assistance towards promoting the struggle for freedom and democracy, not only in Guyana but throughout the Caribbean. He participated in numerous charitable and humanitarian organizations for Guyanese and other communities within the United States.

His political work was done mainly within the working class districts in Manhattan on 14th Street and a few other strategic locations like Flatbush Avenue Brooklyn, Jamaica and Richmond Hill Queens that had a dense Guyanese and West Indian population. He was also editor and publisher of the Guyana News Bulletin.

The ACGUSA enjoyed broad base support from all cross section of the Guyanese and Caribbean communities. The cricket dances and picnics attracted supporters in the hundreds long before the first $100.00 dinner was organized for Dr. Jagan in 1991. He was also noted for organizing the largest Freedom and Democracy rally in Richmond Hill in 1991 featuring keynote speaker, Dr.Cheddi Jagan and the popular Calypso Singer Edwin Young aka "Crazy” who performed his hit song “We Want Democracy”.

Karshan and the ACGUSA were in the forefront in the struggle for free and fair elections in Guyana. Mr. Arjun, along with his friend Prof. Archie Singham, a member of TheNation editorial board, were instrumental in influencing Arthur Schlesinger, an advisor to the Kennedy White House. As a result, Schlesinger issued an apology to Dr. Jagan at the New School of Social Research in New York where Mr. Schlesinger said “a great injustice” was done to Dr. Cheddi Jagan. This statement came at a crucial time leading up to the 1992 elections, followed by lobbying US congressmen and local elected officials calling for free and fair elections in Guyana.

He was later appointed the Guyanese Ambassador to Suriname in 1994 to 2009. He served as the Dean of Ambassadors while in Suriname.

Mr. Karshan Arjun lived his life in the service of the Guyanese people. He should be remembered for his numerous contributions and struggle for the betterment of all working class people. He was a revolutionary and a true internationalist.

Viewing Under COVID-19 Pandemic Guidelines
The funeral home will be following the CDC guideline where viewing is limited to 10 people at a time. This count includes the immediate family members. The funeral home will be monitoring the number of people permitted to enter the building and viewing area. There will not be any gathering areas within the facility as would be under a non-COVID funeral.
Due to COVID, it is highly recommended that you wear a mask. The family is asking that you observe this recommendation for the safety of their family and guests.

To send flowers to the family or plant a tree in memory of Karshanjee Arjun, please visit Tribute Store
Monday
22
June

Share Your Memory of
Karshanjee
Upload Your Memory View All Memories
Be the first to upload a memory!
Share A Memory
Send Flowers